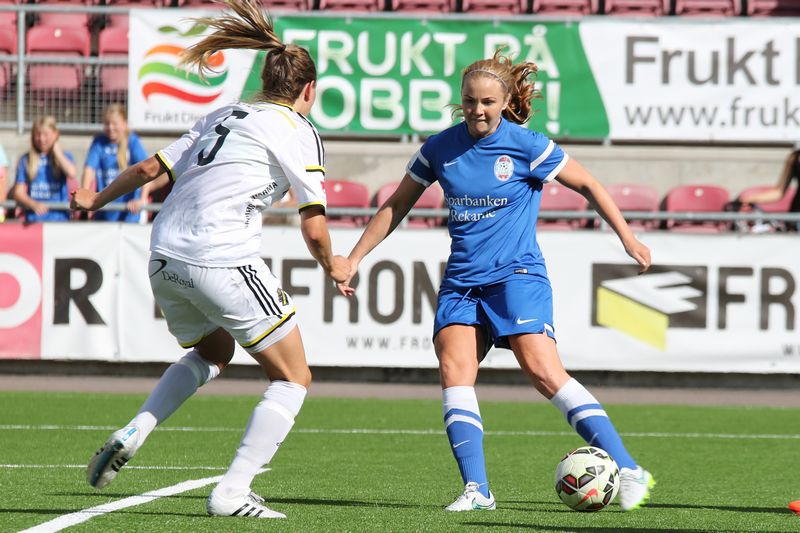 The young defender (20) has been a starter for her national team for the last two years and has also established herself as a major part of Eskilstuna United’s defensive stability since joining the Swedish club at the beginning of the 2015 season. Glódís Perla’s teammates in Eskilstuna include other players represented by LTA – Sweden internationals Olivia Schough and Malin Diaz, and the Cameroonian goal-scoring sensation Gaelle Enganamouit. 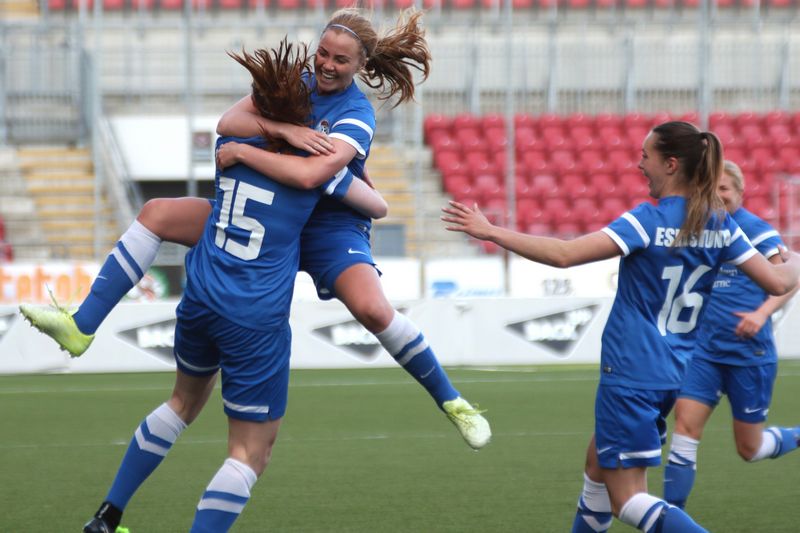 Eskilstuna United currently sit at the top of Damallsvenskan (Swedish Top League) with 43 points, 1 point ahead of second-placed defending champions FC Rosengård with 3 matches remaining in the League. LTA Agency are delighted to represent such bright talented player as Glódís Perla and look forward to a long and fruitful cooperation.

Hedvig Lindahl has signed a two-year extension with Chelsea LFC. 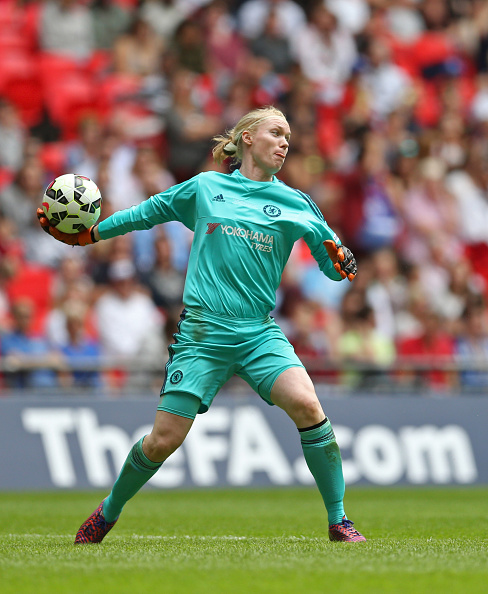 The Swedish international originally joined Chelsea LFC at the start of the 2015 FA WSL season, making 16 appearances so far and quickly establishing herself as first choice in goal for Chelsea’s manager – Emma Hayes. With Lindahl’s arrival, Chelsea’s increased stability at the back played an important role in winning the club’s first ever trophy on the women’s side – the 2015 FA Women’s Cup. 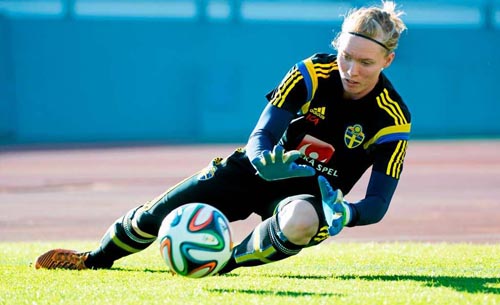 This weekend Lindahl made history at home – playing her 113th full international match for Sweden against Moldova – which is the most matches played for the Swedish National Team by a goalkeeper. She added cap number 114 in last night’s home win against Poland to get Sweden’s qualifying campaign for the UEFA Euro 2017 in the Netherlands off to a perfect start with two wins, six points, six goals scored and none conceded.

LTA Agency are pleased to announce the addition of Nandaemua “Sonny” Maharero from Namibia as a new member of the LTA team. 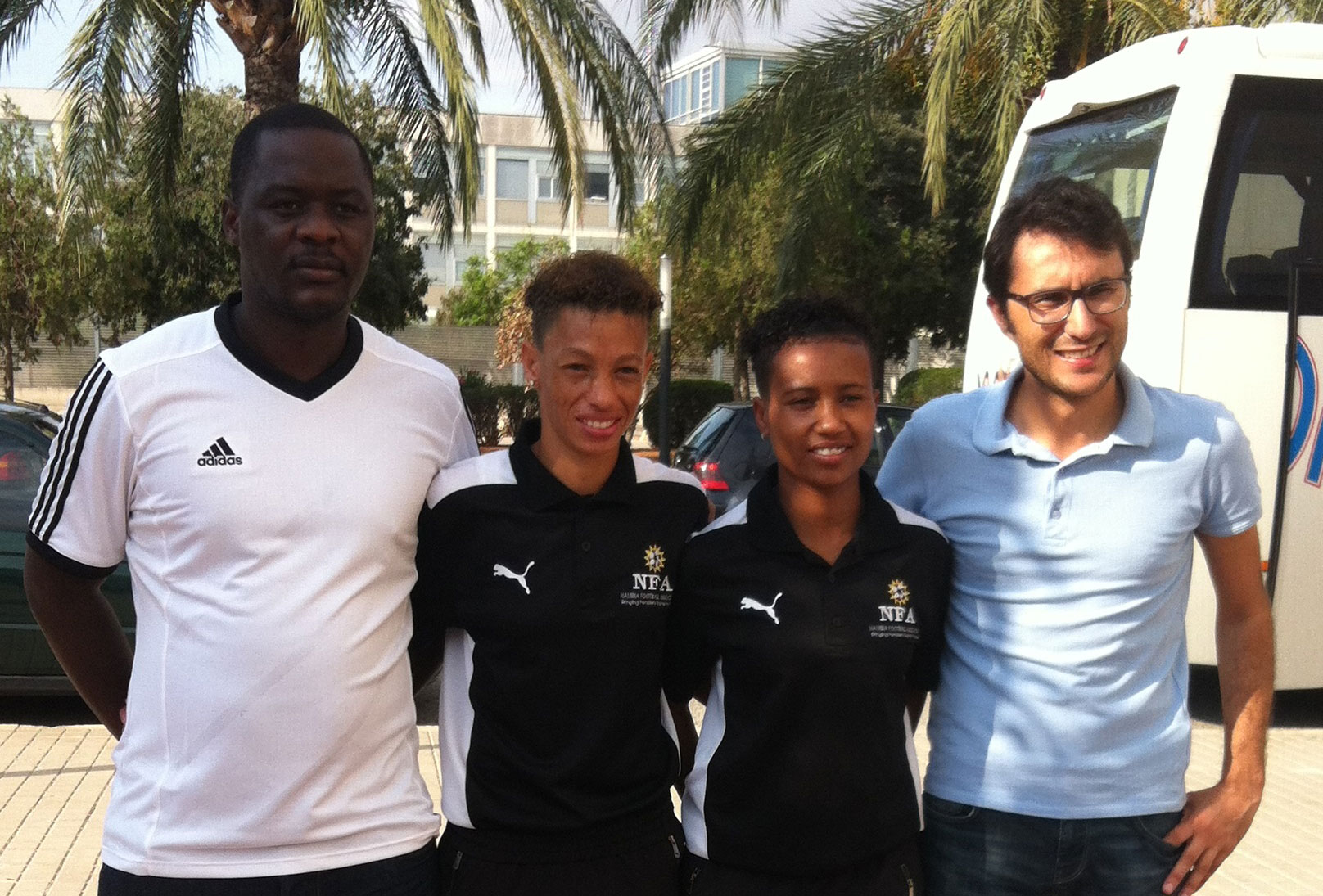 Maharero will represent the agency in both Namibia and South Africa – the region that hasn’t been greatly explored by LTA until recently. Staying true to the motto: ”Ingen grænser” (No Borders), LTA Agency confirms its commitment to contributing to the development of opportunities for players worldwide with the signing of the new representative. Maharero has already been key in LTA Agency’s signing of their first ever player from Namibia, and he has also been instrumental in Namibia Women’s National Team’s participation in a recent International Tournament in Spain procured by LTA Agency.

We would like to welcome Sonny to the team and wish him a lot of success in this new endeavor.

LTA Agency visited Cameroon twice in the last 4 months. Interesting fact is that during the first visit LTA Agency brought a gift with them. 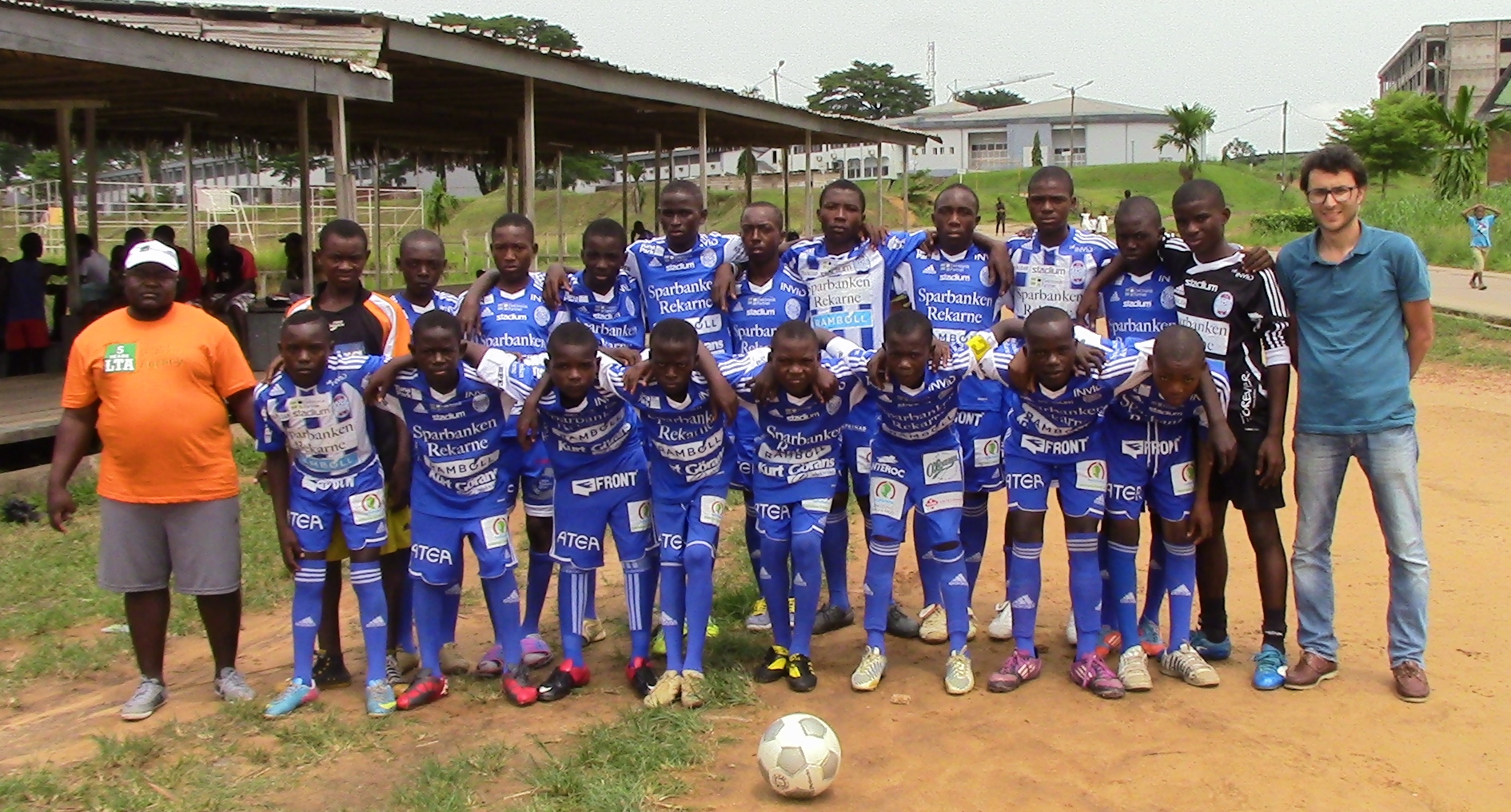 The gift was generous donation from the Swedish Damallsvenskan team Eskilstuna United in which Gaelle Enganamouit plays. She is a popular name in Cameroon as she is currently the main striker for Cameroon Women’s National Team and is doing very well for her club in Sweden. The gift included Eskilstuna United branded football uniforms, as well as other equipment and training materials. The donation directly benefitted the Light Star United youth team based in Douala and a good number of Cameroonian kids have been very happy to wear Eskilstuna United colors. LTA Agency and Light Star United would like to express their sincere gratitude to Eskilstuna United DFF for the wonderful present they have made to the aspiring players in Cameroon.

Cameroonian forward Bakary Yerima Arabo has made his professional debut for Club Deportivo Lara in the Primera División of Venezuela and scored in his very first appearance as a professional. 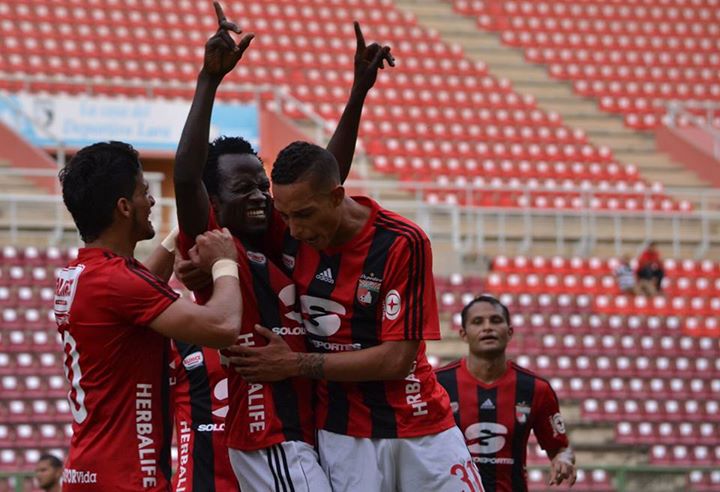 He played 32 minutes, coming on a as sub in the second half of the League match against Estudiantes de Caracas. Bakary scored his first goal as a member of Deportivo Lara – first match and first goal on the professional scene.

As of today Bakary has 4 matches for Deportivo Lara – two matches in Primera División and two matches in Copa Venezuela, where his team advanced to the quarterfinals and will face Estudiantes de Merida. Bakary already has 2 goals in 4 matches and 106 minutes of play.

The performance of the Ukrainian international was key to the Linköping’s success as the midfielder scored the second goal that wrapped up the result in the second half of the match.
This is the first tittle since Vera joined the Swedish club and curiously it follows another LTA’s player Cup success as Hedvig Lindahl won the English FA Women’s Cup last week also in her first season with Chelsea FC. 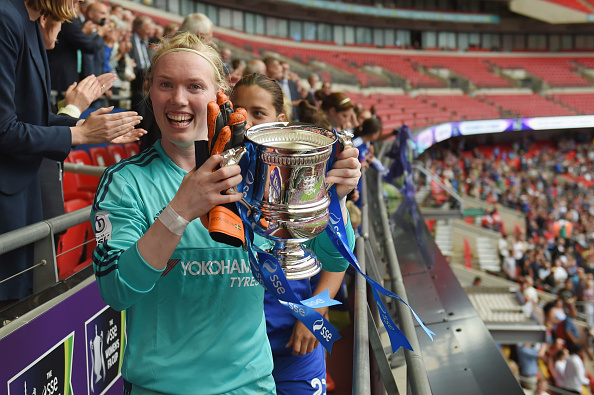 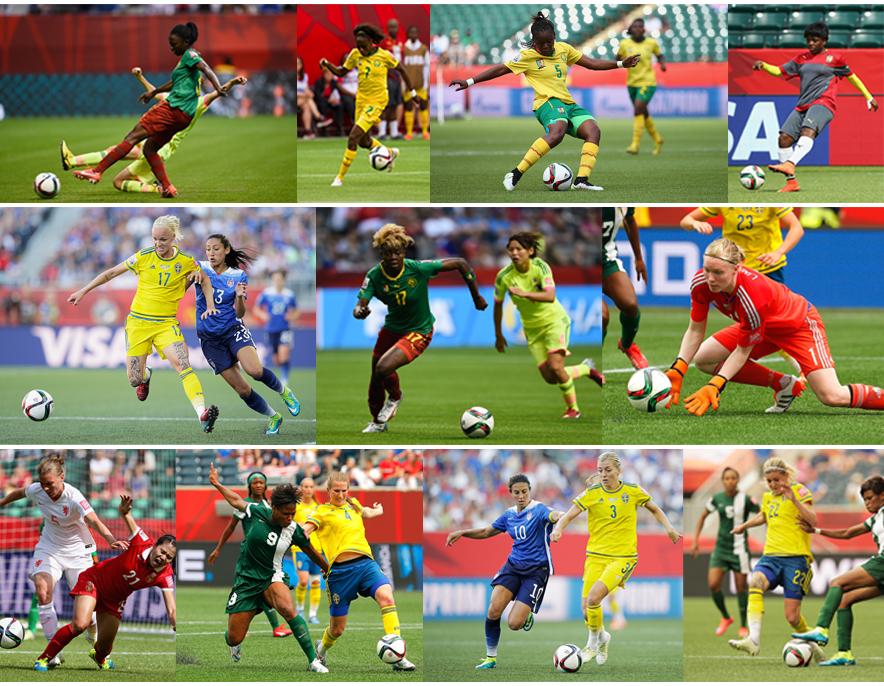 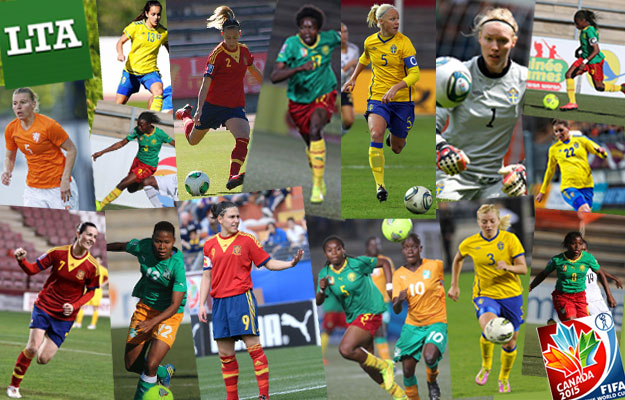 2015 UEFA Women’s Champions League winner Verónica Boquete has signed a 2-year contract with 2015 Allianz Frauen Bundesliga champions FC Bayern München. LTA Agency are very pleased that Vero has joined one of the historically most important football organizations in the world. She will be part of a team with growing ambitions, which has been improving every year and which will take part in the 2015-2016 UEFA Women’s Champions League campaign as German Champions.

“Verónica Boquete is an outstanding footballer with wit and creativity as well as an experienced player personality. She can be used in several positions and will strengthen our attacking play,” said pleased FC Bayern’s head coach Thomas Wörle. In her turn Vero said: “I’m very happy to have signed for one of the best clubs in the world, and I am very eager to meet my new teammates and coaching staff, and fight alongside them in order to reach all our objectives.”