The 29-year-old Spanish midfielder and National Team captain was recently crowned the 2015-2016 German Bundesliga champion with FC Bayern Munich. Prior to that, Vero won the UEFA Women’s Champion’s League in 2015 while at FFC Frankfurt and played in 2014 UEFA WCL final with Tyresö FF. Vero has also won trophies in Sweden, Spain, and the USA, was named to the short-list of the FIFA Ballon d’Or among the 10 best players in the world, and was named by UEFA among 5 best players in Europe for three years running. 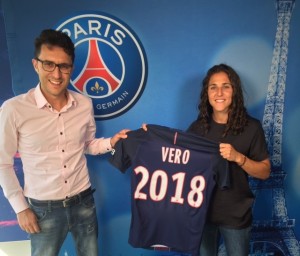 Vero has so far scored 34 goals in 54 appearances for Spain and led her country to the historic first FIFA Women’s World Cup participation in Canada in 2015, as well as the successful UEFA Women’s Euro campaign ending at the quarterfinals stage in Sweden in 2013. France becomes the 6th country in which one of the best European players plies her trade after Spain, the USA, Russia, Sweden, and Germany. 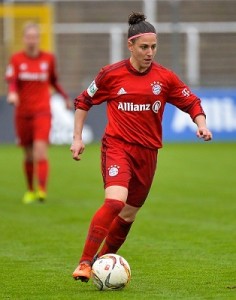 “Paris Saint-Germain is one of the biggest clubs in Europe and the world,” declared Vero. “I am very proud to be joining Les Rouge et Bleu. I hope to bring my experience and determination to this squad of players. I can’t wait to begin this next step in my career. I arrive in Paris with plenty of ambition.”

LTA Agency wish Vero the best at her new club and a lot of success in this ambitious project.