Arsenal sealed a Women’s Super League title for the first time since 2012, as they stunned Brighton & Hove Albion 4-0 at the Amex Stadium in front of a new WSL-record crowd of 5,265.

Katrine played the whole winning match which led Arsenal to the trophy with one match to spare. Since her arrival in London from Montpellier in January 2019, the experienced left-footed winger has boosted the team’s midfield and contributed with her experience to the team’s successful run. She has featured in all of Arsenal’s league matches since her signature.

The team will host Manchester City for their final game of the WSL season on Saturday, May 11.

This is Katrine’s first trophy in England; she won other titles in Sweden, USA and Denmark. 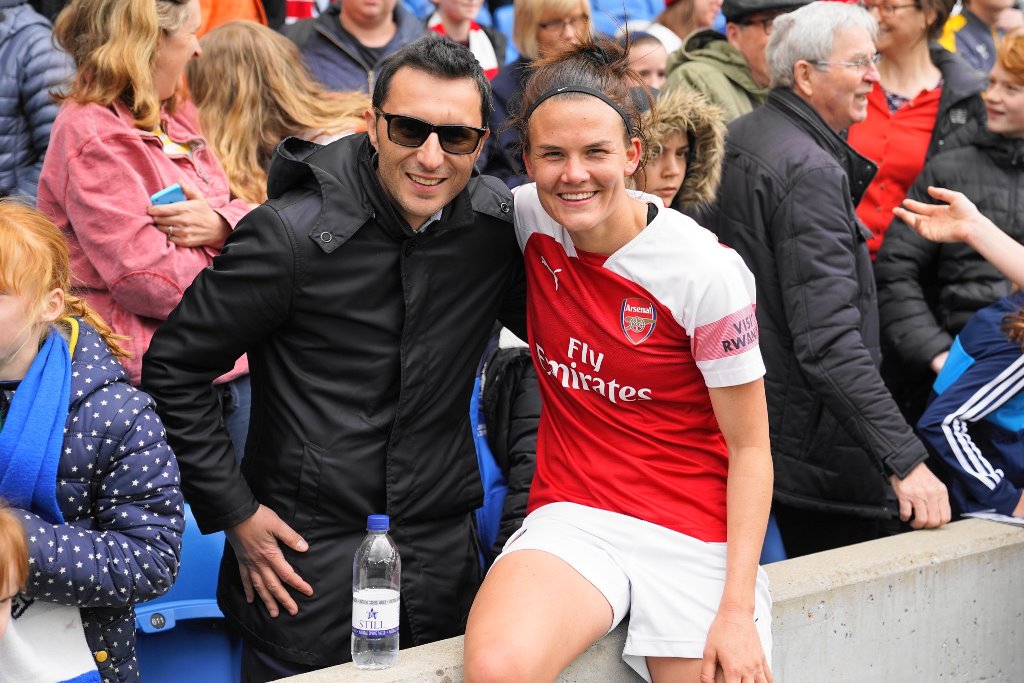 LTA Agency director, Anton Maksimov, was present at the match and was able to applaud Katrine in person.

We congratulate Katrine Veje on this achievement and wish her more sucess in England.