FC Rosengård won the Damallsvenskan league with a brilliant performance in the final match of the season against Linköping.

Before the game FC Rosengård were 1 point ahead of their first place challenger from Eskilstuna. Only a victory was going to guarantee them the title, so they started “on fire” and after 23 minutes they were ahead 2:0. The final result was five to nothing, and one of the best performances this season was kept for the match that matters most at the end. 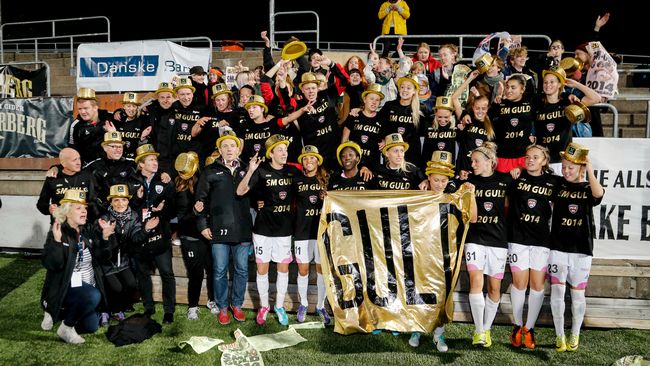