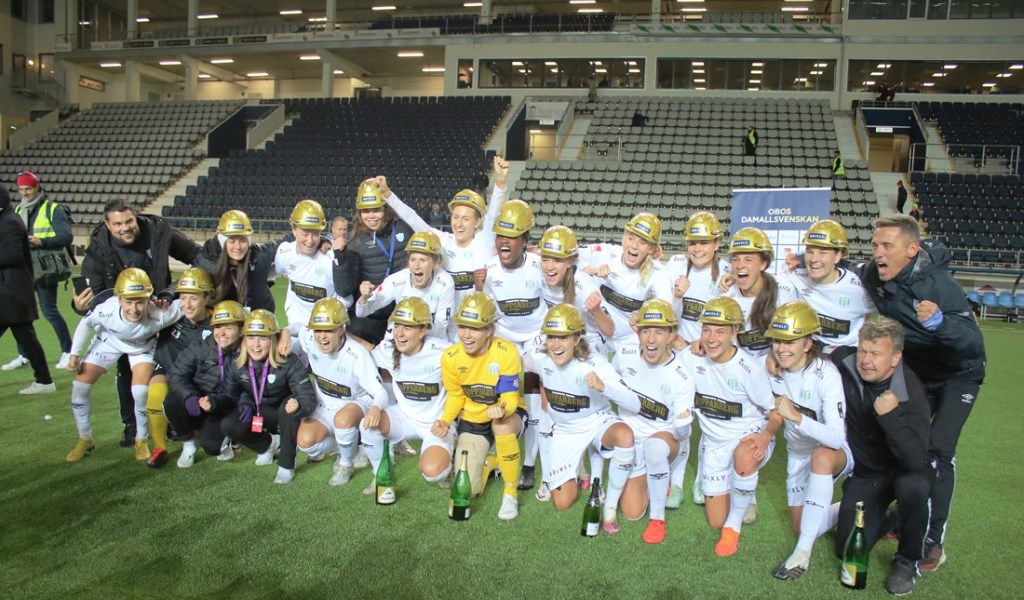 Göteborg FC’s Captain, Emma has helped her team with a 7-0 win away over Linköping on Saturday to secure its historic first league title with a four-point lead in the standings and only one matchday remaining in the 2020 Damallsvenskan season. Göteborg will have the honour of lifting the trophy at home at Valhalla after the final whistle of the last match against Vittsjö. Goteborg are Swedish top-flight champions for the first time ever and will make a debut in the UEFA Women’s Champions League later this year.

Emma has already appeared in 16 league matches this season. It is her fifth (!) Damallsvenskan trophy as she previously won three with Umeå IK and one with FC Rosengård.