Striker Elloh (22), defender Fatou (30), and midfielder Rita (30) joined Barcelona FA in the summer of 2016 and quickly became the main players of the starting eleven. Finalists of Cyprus Cup 2016/17 Barcelona FA finished third in their debut top League campaign. Fatou was named to the best eleven of the season in Cyprus. It’s her first international club experience after playing for years for her home country club Juventus de Yopougon in Abidjan. 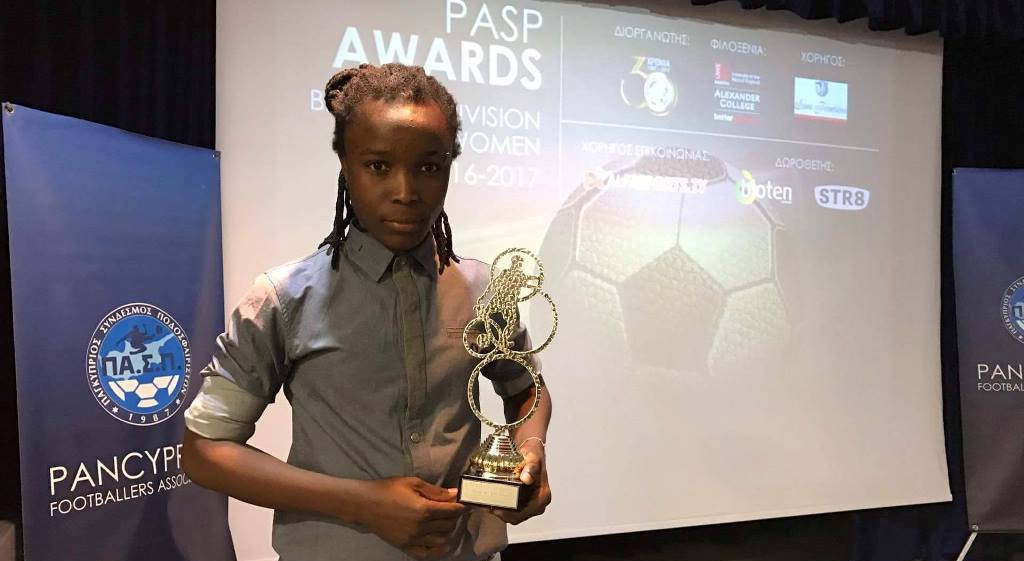 Elloh the youngest of the three players, has joined Barcelona from FF Chenois Geneve in Switzerland while Rita came from another Cyprus outfit – Anorthosis. Prior to that, they both played in Lithuania with Gintra-Universitetas with whom they won Lithuanian Championship in 2015 and played 2015/16 UEFA Women’s Champions League Preliminary Round.

All three of the Elephants Dames (as Cote D’Ivoire national team players are called),  have represented their country in several international competitions such as the historic first Cote d’Ivoire’s appearance at the group stage of 2015 FIFA Women’s World Cup final tournament in Canada, the African Games 2015 held in Congo where they won bronze medals, as well as the 2014 CAF Africa Women’s Championship in Namibia where they won bronze medals, too.

Fatou has earned 48 caps and scored 10 goals for her country; Rita has 40 caps and 5 goals with the National Team, while Elloh has 24 caps and 4 goals so far.

LTA Agency wish Fatou, Elloh, and Rita the best of luck for the upcoming season at Barcelona FA