Zenatha’s first deal outside her country was a successful experience with Lithuania’s leading side, Gintra Universitetas (Šiauliai) whom she joined in 2016 from Tura Magic FC of Namibia.

In two years in Šiauliai, she helped Gintra to clinch their 16th Lithuania Women’s League title, scoring 59 goals in 2017, nine goals more than in 2016, thus emerging as the A Lyga’s all-time topscorer. She won the 2016 Lithuanian Cup walking away with the Player of the Match award during the final. The skillful forward also found the net six times as her side reached UEFA Women’s Champions League last eight for only the second time in the history this season. 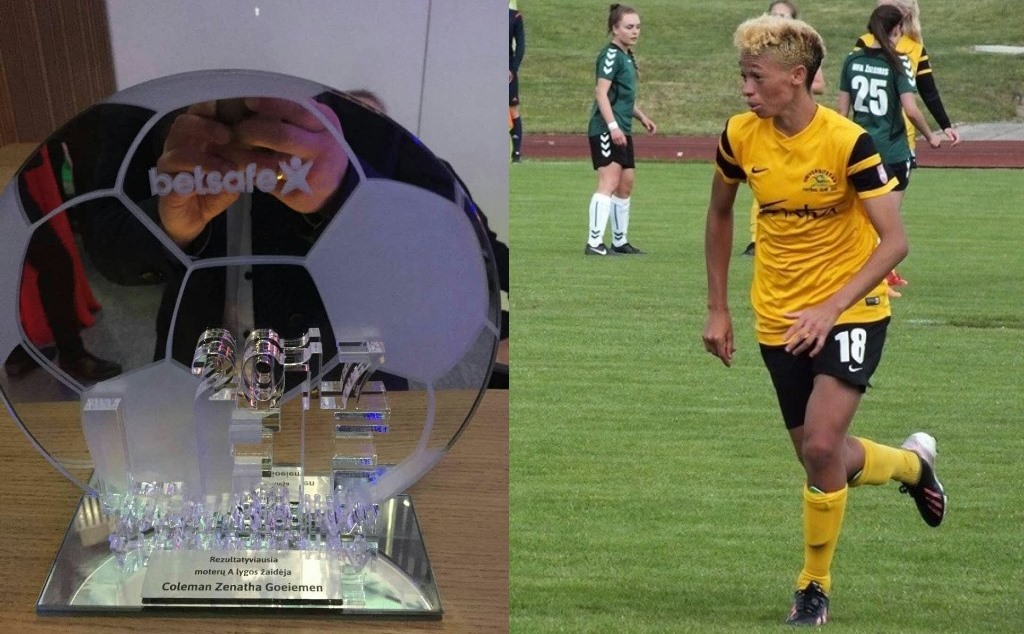 The Brave Gladiator represented her country in the recent 2017 COSAFA Women’s Cup, held in Zimbabwe. She also led her country to the only appearance at the CAF African Women Championship held in Windhoek, Namibia in 2014 and took part in many other international competitions. Zenatha has amassed 43 caps and scored 18 goals for the Namibian National Team so far.

LTA Agency wish Zenatha a lot of success in Spain.