Ajax captain Petra Hogewoning retires from professional football.
The 30-year-old Dutch international defender has competed for the AFC Ajax women’s team for the last four years in the Eredivisie and the BeNe League finishing 4th, 3rd on two occasions, and finally as a runner-up this season.

She has also won the historic 2013-2014 KNVB (Netherlands Royal Football Federation) Women’s Cup, the first ever trophy for Ajax’s women’s team. Prior to Ajax, Petra played for FCR Duisburg in the German Bundesliga, as well as for the WFC Zvezda-2005 in Russia where she won a bronze medal in the Russian Premier League and reached quarterfinals of the UEFA Women’s Champions League. 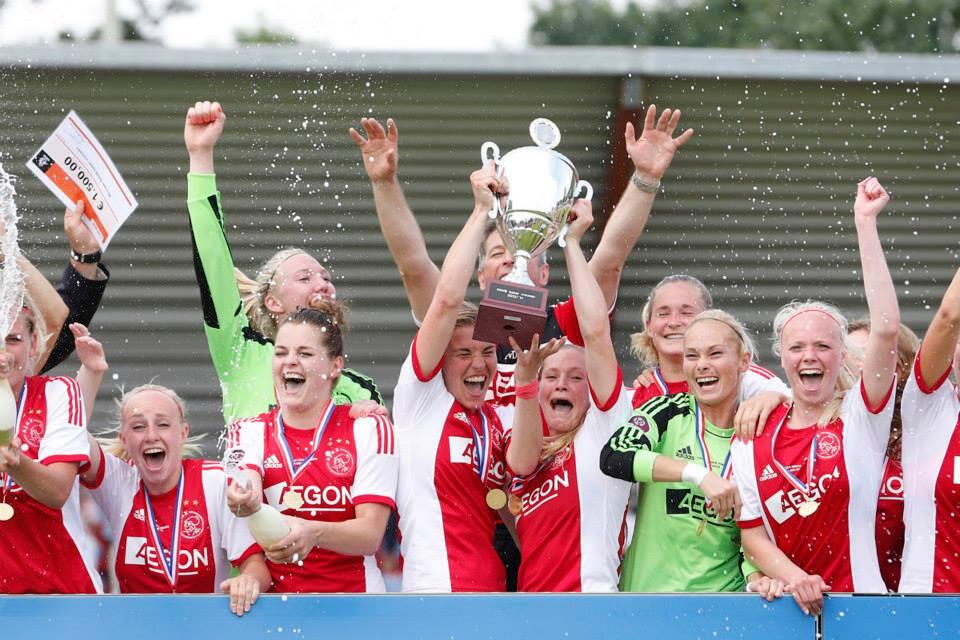 Her international football career started in 2004 when she made her full national team debut in a match against Japan. She went on to have a very successful international career earning over 100 caps for the Netherlands with the highlights including advancing to the UEFA Women’s European Championship semi-finals in 2009 in Finland as well as the historic first FIFA Women’s World Cup participation in Canada last year.
LTA Agency wish Petra a happy retirement and success in all her future endeavors.