LTA players helped Atletico to thier first ever Super Cup title with Njoya Ajara’s double on her debut with the club, Hedvig Lindahl’s big help in semis and and Virginia’s unwavering support from the stands and the changing room

Atlético on Saturday won their first-ever Spain’s super cup trophy with a 3-0 easy win over Levante in Almeria.

Cameroon international striker Ajara netted a brace and provided an assist in her first appearance wearing Atletico shirt to help them to dominate Levante. 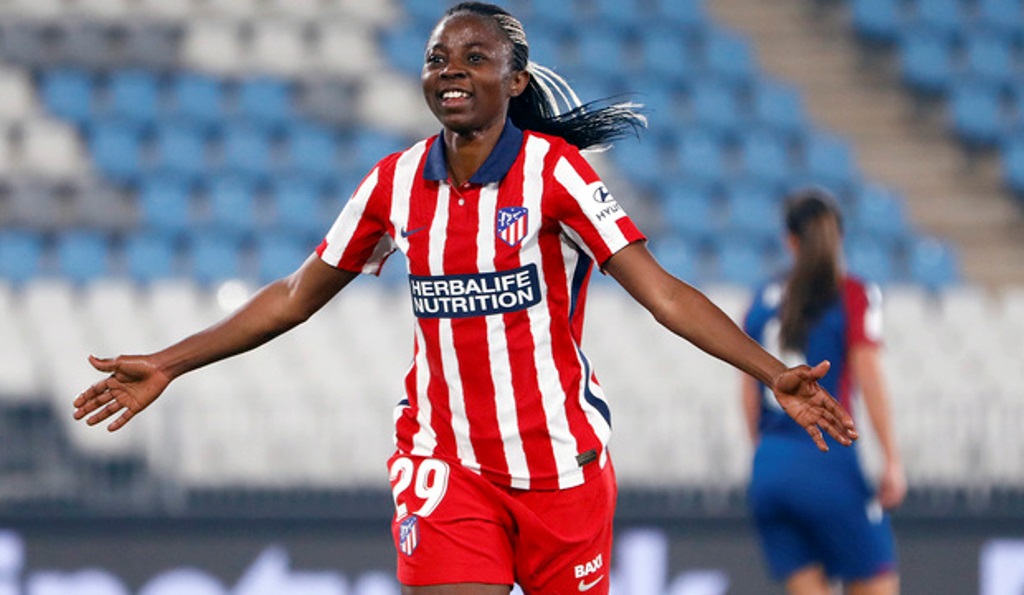 Swedish international goalkeeper Hedvig played the entire final and semi-final matches. She proved to be the heroine in the semi-final last Wednesday as the ‘rojiblancas’ eliminated FC Barcelona 3-1 on penalties after a 1-1 draw in the regular time.

This cup trophy is Hedvig’s and Ajara’s first title in Spain.
The entire club have dedicated the first trophy of the year to Virginia Torrecilla who is fighting against a serious illness

LTA Agency congratulate both players on this achievement and Ajara on her fantastic debut with Atlético de Madrid.