The 21-year-old Danish striker has been an integrant part of that victory. She netted 14 times in 19 league games played to help grab the club’s 11th league title. The towering attacker counts this trophy as her third championship title in Denmark after winning in 2017/18 and 2015/16. 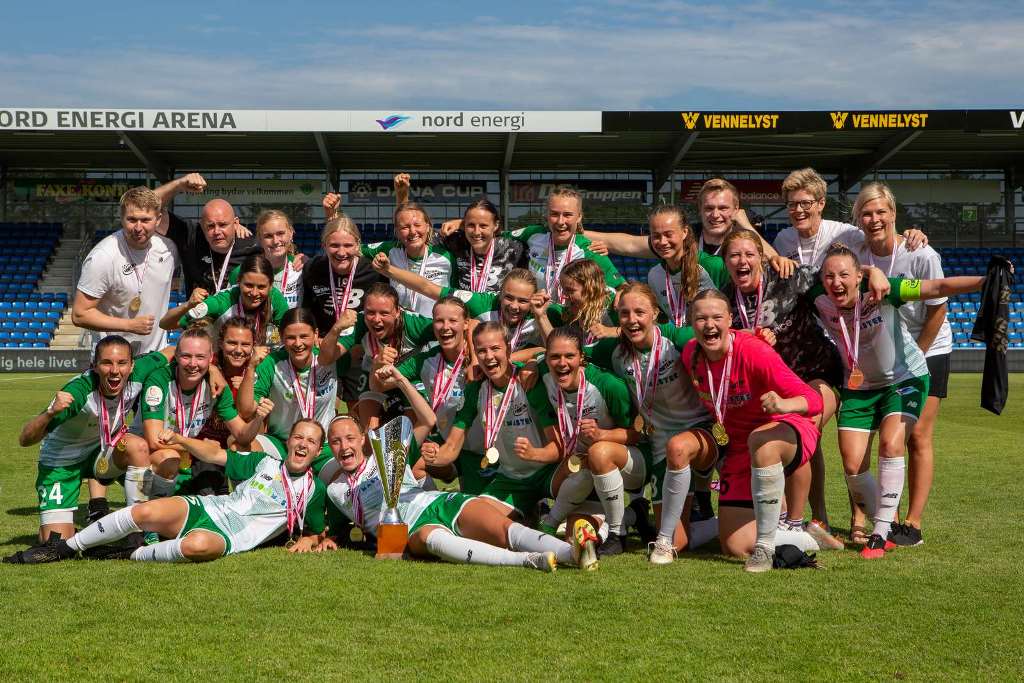 Caroline comes from IK Skovbakken’s youth ranks and began her professional career with Fortuna Hjørring in 2015, She has earned her 2 senior first international caps in the recent Algarve cup.

LTA Agency congratulate Caroline Møller on this achievement and wish her all the best in her future career.