With her brilliant performance in the final match of the season against Dijon FCO, Paris Saint-Germain captain Irene Paredes and her teammate Signe Bruun helped the club clinch their maiden championship title 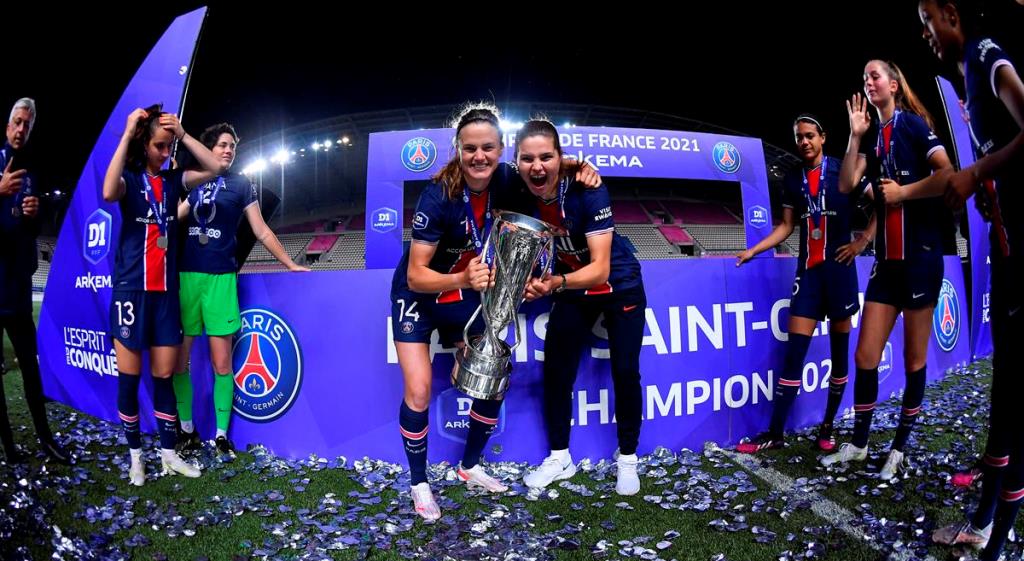 The Spain defender Irene played the full game against Dijon and scored the second goal. She featured in all 22 league games this season scoring six goals. Irene joined the club in 2016. it is her second League title after winning the first in her native Spain with Athletic Club Bilbao.

Danish striker Signe played 18 matches and scored seven goals this season. She joined the club in 2018. Prior to PSG, she won two League titles in her native Denmark with Fortuna Hjørring FC.

Before the game, PSG were one point ahead of Lyon. Only a victory was going to guarantee them the title. PSG went undefeated and remained consistent throughout the season. They beat Lyon 1-0 in November and then crucially held them to a 0-0 draw last Sunday.

PSG had finished second on eight occasions since 2001 that they are playing in the top-level Division 1.