The young talented striker joined Fortuna Hjørring as a 16-year-old in the 2014/15 season from another Danish club IK Skovbakken. Since then, Signe has already won several trophies with her club and reached finals of domestic competitions. She won the Danish League and Cup titles in 2015/16 season and the same season she bagged the title of Fortuna Hjørring’s best young player of the year. She was the runner-up of the Danish league last season.

Signe is becoming a mainstay for the Danish giants as she gains experience in both domestic and continental competitions as she matures as a footballer.

She has already scored 17 goals in 19 League matches played this current season. She featured in UEFA Champions League matches and reached quarterfinals 2016/17 with her team. 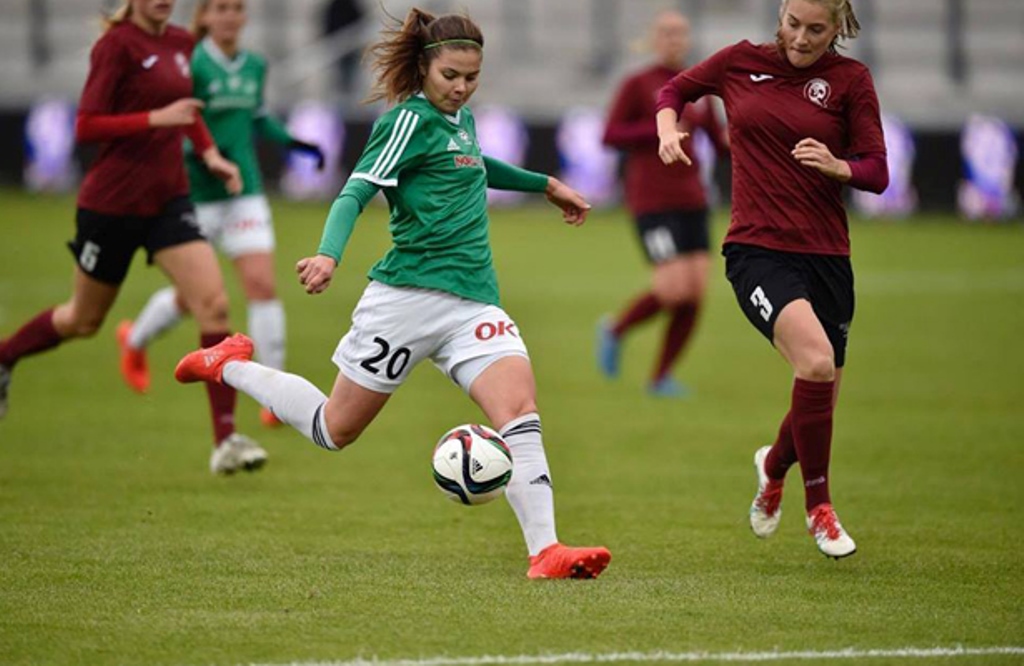 The lethal striker already had two caps and one goal with the Danish National Team. She scored her first senior goal just in her second appearance for Denmark in a FIFA Women’s World Cup qualifier against Croatia. She won the title of Denmark’s Female Talent of 2017 voted by Players’ Association.

Fortuna is currently ahead of the Elitedivisionen table with four matches remaining. We hope the tall striker will continue her impressive scoring form to lead her team to a new league title.

The new contract will keep her at Fortuna Hjørring until 2020.